Yeah, I know there should be introductory post, but I have always found easier to explain myself and how I think through my work.


Story started back in 2011. when I started GMing Warhammer 40k Dark Heresy RPG, in particular "Haarlock's Legacy" campaign. It was probably the best campaign I have GMed ever, and characters in particular were memorable due the actions of the people who played them.
One of them was JJ, who played noble born Adepta Sororita named Lyra Polk who rose in the difficult situation to become full fledged Ordo Hereticus inquisitor. Near the end of campaign, in late 2012, JJ, who already cosplayed before had an idea to make cosplay based on her character for a 2013 local geek convention... My part in that? Well, I was only vaguely aware that cosplay existed, but was intrigued enough by idea of crafting something, so I made a promise that I will make her starting weapon, family heirloom autopistol.
So, first thing I looked at official art, how was autopistol supposed to look. 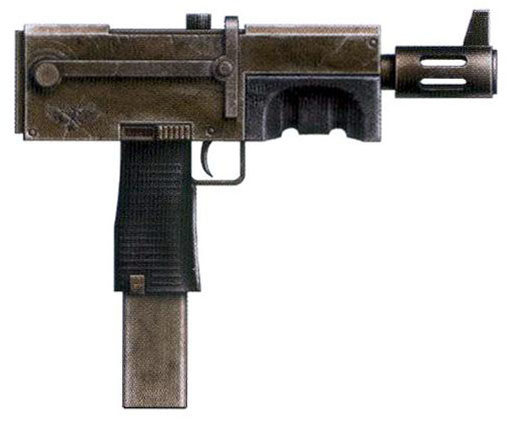 I did not like it, did not like it at all - it screamed "cheap stamped steel 1950/60s manufacture" to me (since I knew which weapons inspired it), and I always saw Warhammer 40k as more retro-futuristic setting that is almost, but not quite Victorian, where family heirloom weapons were hand crafted and well decorated.
So, I looked back in the past for an inspiration to the late 19th/early 20th century pistols... Some things were too recognisable from the real world - Mauser C-96 pistol aka Han Solo's blaster. So, something with same layout, but not same - I decided on obscure, low production Bergmann 1903 Mars and Mannlicher 1897 pistols. 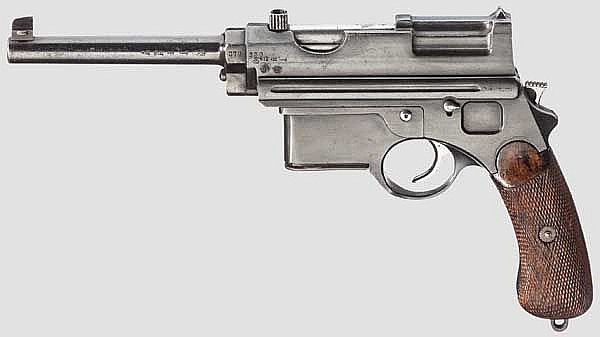 This will be something that will follow in all my weapon props projects - base it on the obscure, 19/early 20th century weapon.
Ofc, I would never make a carbon copy of anything, so I started tinkering... Problem was that I have never before made any kind of prop, and while I converted and painted Warhammer miniatures before this was whole new experience for me - I knew what I wanted but I had no idea how to do it.

And it was a steep learning curve, for every thing I knew how to make there were four or five that I had no idea about... There are no pictures of WiP, since I was way too focused if just getting it done and frankly never imagined I would be actually describing a process...
But, even if it was somewhat stressful experience I liked it. Liked it a lot. Like a good cocktail after a hard day, like a good wine in a good company - I was hooked to it.
And, in the end it was finished just in time for JJ's birthday (I remember that I painted it about 10pm day before it), to become first of the series of the props based on their RPG characters that were given as a presents to my friends.

And now a technical side. Base body of the gun was made from plasticard, barrel was a piece of aluminium pipe, small details were parts of broken pens, lighters and small pieces of machinery (don't ask what, I have no idea

), decorations were from Games Workshop model kits. Grips were pathetic attempt of wood carving and painting and were so bad that I glued no-skid tape over them.

Rear sight has wings from Aquilla, front sight is a piece of fluorescent plastic (yes, there are real weapon sights like that) and has fleur-de-lis shape from the front.

Lanyard was made from a decorative rope, cause pistols need lanyards for proper esthetics.

Holster was made of 2mm thick plasticard, covered by bookbinder's leather imitation and imitation velvet inside, with purity seal cast in plaster and painted added later to cover glue spill.

Later i reworked and repaired it, adding signature fleur de lis, and decorations cut out of the thin brass sheet,.

Then, when I thought it was all over it came to me to take on real project - making most of the Sister of Battle costume... But, that is a story for the other post.

Photos of the prop - The Cynical Photographer
TheCynicalPhotographer/


To add a comment to the blog, you have to first join the site or login as a user

max ,
That Mauser transformed into sturdy hand cannon. gr8 yet simple idea for bigger magazine. With no fleur overkill, it is a beauty

Scarlett ,
I saw photos of the workshop and now I will have nightmares as well :D Remindes me of my kid's room before I lose it :D But for the first project: This is great!

bojan ,
Well, I got better, but other than general layout I still most often have only a vague idea how I will do things, especially decorations. Which is why I sometimes spend half an hour just searching bitz box, w/o strongly established idea what I am searching for.