Or "A Problem of Arming Females Through the History"

Little historical perspective first - "Female" guns became hit in early 1820-30s as technology advances first time allowed manufacture of the smaller reliable pistols. First among those were "muff guns", small single shot pistols concealable in a popular article of clothing (What else did you think about perverts? 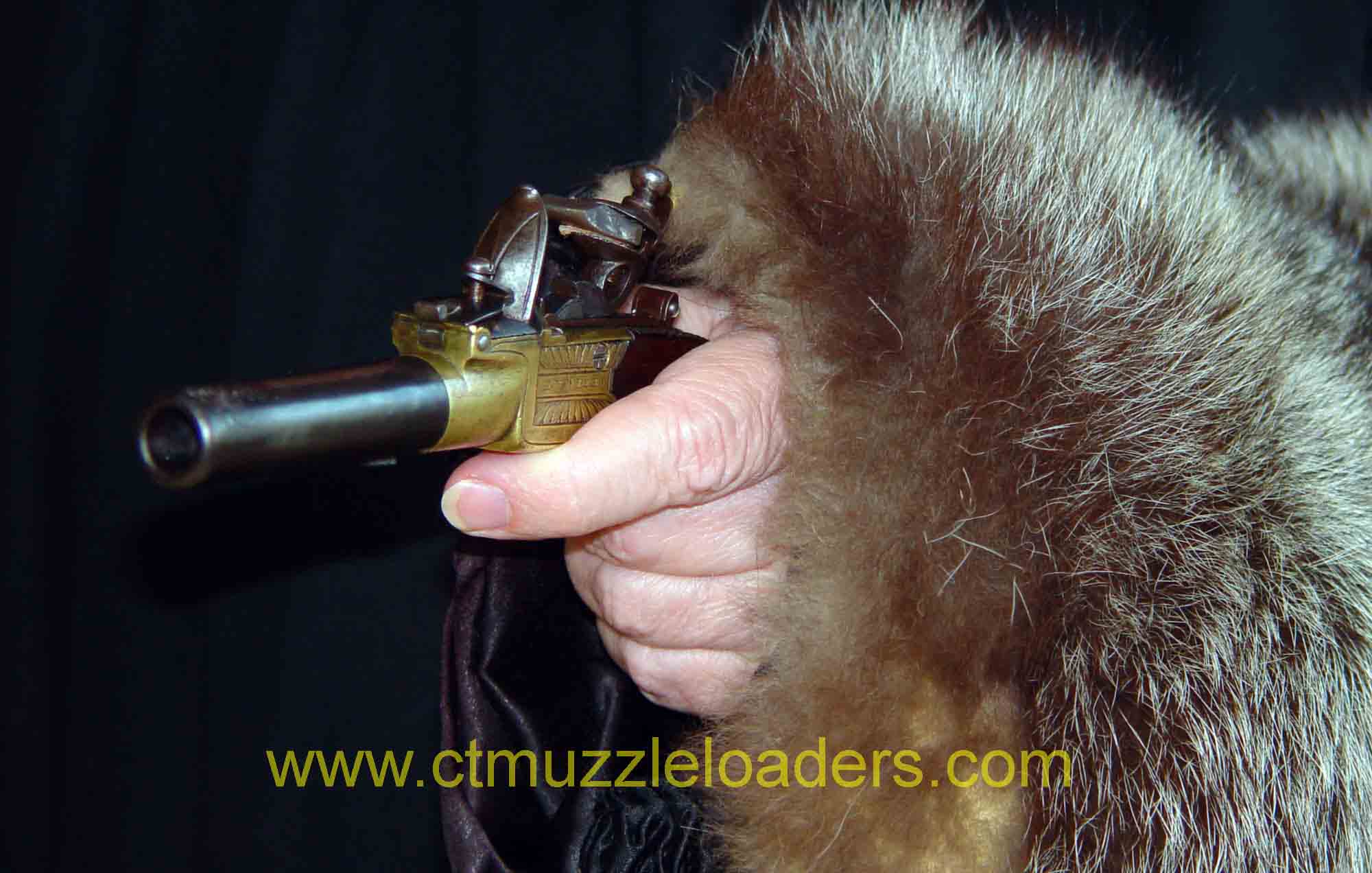 Their popularity spread and we have Derringers as a logical continuation of the "muff guns", becoming notorious icon of the "women of the ill repute" in the "Wild West" saloons and whorehouses, even if most of them were carried often and fired rarely. But none of these were targeted specifically to a female market except a bit more complex Bacon Firearms pepperbox in this "Lady" model:

Other than that... Nothing.

Then came late 19th-early 20th century and bicycle mania. And newspapers were full of horror stories about women being attacked while cycling by "bands of thieves and ruffians". And then in 1902 Smith & Wesson, well established firearm manufacturer stepped in and offered revolver specifically aimed to a female market - small, light, with a light recoil and trigger pull, yet safe to carry, easy to draw out of purse and surprisingly accurate - and named Ladysmith. Looking at it's size it is no wonder it was popular if you wanted to carry it in the purse...

It was advertised as "Ideal revolver for a modern cycling woman, as a protection against dogs, thieves and ruffians" and it was such an instant success that Smith & Wesson kept making special "female" line until this day.

Now that history has been told, when my friend Isidora ( ferashacosplay.althemy.com ) decided to have some steampunk costumes I immediately had an idea what to make - Ladysmith revolver.
As far as my props go, I think this is the closest case of me following the look of the original - I think that I have even traced grip of the real one to get appropriate size.
As usually it is made of 10mm thick plasticard for base, metal tube for a barrel, some hexagonal bottle stopper and a cog for a cylinder, decorated with a brass details and thin sheet of brass and copper. And some cogs, cause "just glue on some cogs and call it steampunk".
Grips are painted and lacquered wood and it was painted dark green with gold highlights to go with Isidora's dark green dress.


To add a comment to the blog, you have to first join the site or login as a user

Feline ,
This was cool and educational! Did not expect... You sound like history professor :)

Jazzy ,
I might be immature but the term "muff gun" makes me giggle every time :D

MumboJumbo ,
Why was it hard to sell guns to ladies? Revolvers don't have much of a recoil so size is not that important. I just assumed everyone back in the day had a gun, or I watched to much Poirot as a child :D

Most revolvers were pretty large, so could not be carried hidden, especially in small purses/bags (unlike gentlemen's coats with large pockets ).
Grips were generally too large for a people with small hands.
A lot of double action revolvers, suitable for self-defense also had very heavy and long trigger pull, further reducing already poor accuracy* and making additional problems for a people with lesser hand strength.

And final point - almost none dared to market a gun as "Lady's gun" as that was something that they considered would hurt their sales.
Well, that is what everyone thought until S&W took a guts to try it and had great market success. "He who dares wins".

* Mark Twain described one such revolver as being so inaccurate that he missed whole barn door and managed to hit a cow that was standing some distance from a door. Common name for such small revolvers in America was "suicide special" - since they were not considered good for anything other than that...

bojan ,
There were a lot of those exotics - built in the cigaret cases, flashlights, bicycle handles, canes, even rings - but the utility of the last one was somewhat lacking. Most of them were "show off" pieces, but some were serious enough that saw some limited serious use among police. I will write on real world weird guns in the blog later, including things that most people would think are more of steampunk prop than a regular weapon. :) Until then: http://14544-presscdn-0-64.pagely.netdna-cdn.com/wp-content/uploads/2012/12/flashlight-gun-500-0.jpg http://media.boingboing.net/wp-content/uploads/2014/02/femme-fatale-ring.jpg http://14544-presscdn-0-64.pagely.netdna-cdn.com/wp-content/uploads/2013/03/briggs_cane_gun_with_concealed_pepperbox_revolver1.jpg http://images.gunsinternational.com/listings_sub/acc_21742/gi_100835646/Unwin-and-Rogers-Combination-Knife-Pistol_100835646_21742_1D8411DCAEB028C1.JPG

I wish I had a ring gun!

Everything you wanted to know about it:

Can you make some of this?

Ring and pocket knife inspired ones are on my to do list, but ATM we are reworking Sister of Battle (pictures soon), so nothing else will be priority until july at least

FuriosAna ,
I always wanted one of those small guns, they seem so useful! Also those fun gadget guns, like built into canes, rings, bag handles... Like girly James Bond!